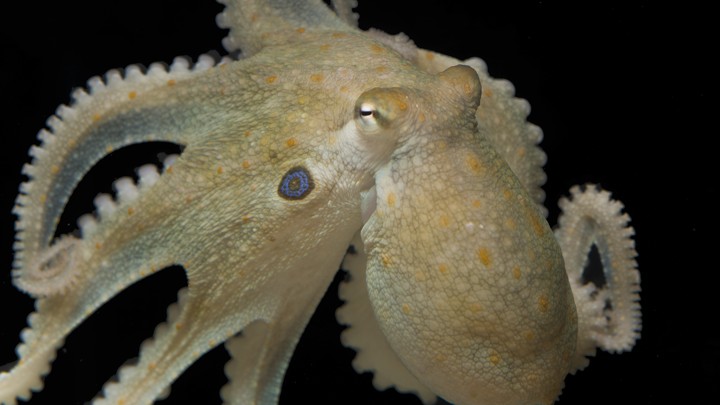 What can octopuses & ecstasy reveal about human social behavior?

By studying the genome of a kind of octopus not known for its friendliness toward its peers, then testing its behavioral reaction to a popular mood-altering drug called MDMA or “ecstasy,” scientists say they have found preliminary evidence of an evolutionary link between the social behaviors of the sea creature and humans, species separated by 500 million years on the evolutionary tree.

“What our studies suggest is that certain brain chemicals, or neurotransmitters, that send signals between neurons required for these social behaviors are evolutionarily conserved.” says Gül Dölen, M.D., Ph.D., Kavli NDI assistant professor of neuroscience at the Johns Hopkins University School of Medicine and the lead investigator conducting the experiments.

A summary of the experiments was published Sept. 20 in Current Biology, and if the findings are validated, the researchers say, they may open opportunities for accurately studying the impact of psychiatric drug therapies in many animals distantly related to people. Access the research article A Conserved Role for Serotonergic Neurotransmission in Mediating Social Behavior in Octopus, and The Atlantic's coverage here.