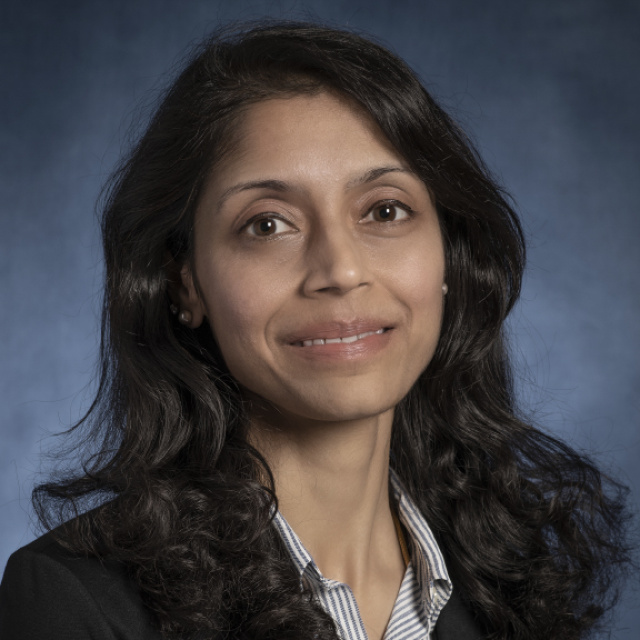 Dr. Sarada Viswanathan is the Scientific Director of the Kavli Neuroscience Discovery Institute at the Johns Hopkins University (Kavli-NDI). In this role, she designs, implements and supports strategic programs at the Kavli-NDI, aimed at promoting interdisciplinary research both within the scientific groups at the JHU and external collaborations with the broad neuroscience community. As a part of the leadership, she provides a high-level programmatic oversight to the operations of the Kavli-NDI and supports several community building programs within the group.

Prior to joining the Kavli-NDI, Sarada was a part of HHMI Janelia Research Campus operations, where she worked with the executive leadership to promote open science initiatives. Before that, she was a Research Scientist in the lab of Dr. Loren Looger at Janelia Research Campus, where she focused on protein engineering to develop and optimize molecular tools to aid her own research and the neuroscience field at large. One class of tools that she is particularly interested in are the viral vectors as they provide unparalleled access to the living system. She has worked on the directed evolution of rAAV2retro, a state-of-the art AAV vector capable of retrograde traffic within the nervous system. She earned her PhD under the mentorship of Dr. Patrick Kanold (UMD, College Park), co-mentored by Dr. Loren Looger (Janelia Research Campus).

She has an interest in promoting high impact, collaborative, open science initiatives and actively engages in science outreach efforts. In her spare time, she practices yoga, enjoys outdoors with her family and is an avid cricket fan.