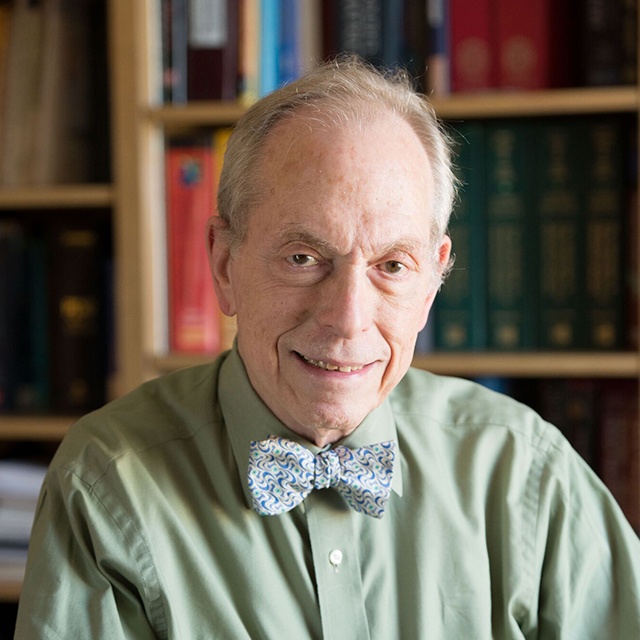 Some years ago we discovered that the gas nitric oxide (NO) serves as a neurotransmitter in the brain.  We identified NO synthase, which converts arginine to NO, cloned the enzyme and created knockout mice leading to elucidation of the behavioral role of NO.  We identified carbon monoxide (CO) as another gasotransmitter formed by the enzyme heme oxygenase, which cleaves the heme ring to generate biliverdin, which is rapidly reduced to the yellow pigment bilirubin, in the process releasing a one carbon fragment as CO.

More recently we showed that a third gas, hydrogen sulfide (H2S), is a major signaling molecule formed in notable part by cystathionine-gamma-lyase (CSE).  We discovered a major depletion of CSE in Huntington’s Disease which mediates many of the neurologic disabilities of this condition.  Thus, treatment with a cysteine derivative, to replete cysteine and H2S, alleviates symptoms and neuropathology in animal models of the disease.

We discovered that the D-isomer of the amino acid serine is a major neurotransmitter.  It acts together with glutamate as a co-transmitter to activate NMDA-glutamate receptors.  We identified serine racemase, that converts L-serine to D-serine, cloned the enzyme and generated mice with targeted deletion of serine racemase, which display disorders of NMDA transmission.

We elaborated a novel signaling cascade whereby physiologic stimuli, such as growth factors, or cell stressors and drugs such as cocaine stimulate the formation of NO which nitrosylates the glycolytic enzyme glyceraldehyde-3-phosphate-dehydrogenase (GAPDH).  Nitrosylation terminates the catalytic activity of the enzyme and leads to its translocation to the nucleus.  Deprenyl, a drug used to treat Parkinson’s Disease, appears to protect neurons from cell death by blocking the nitrosylation of GAPDH.

In the past we identified inositol 1,4,5-trisphosphate (IP3) acting upon specific receptors to release intracellular calcium.  We then elucidated higher inositol phosphates and cloned a family of enzymes that generate these energetic inositol pyrophosphates.  Recently we have focused upon one enzyme in this cascade, inositol polyphosphate multikinase (IPMK), discovering important non-catalytic actions.  Specifically, IPMK serves as a transcription co-activator for immediate early genes as well as p53, NFkB and CREB/CBP. Induction of these genes is abolished in IPMK deleted mice.